The death of digital marketing has been mooted in the last few months, most recently in a chapter called Post-digital marketing (part of WARC's toolkit 2014). Reviewed on The Guardian in a post provocatively titled Dinosaurs, rejoice! the theme was also pondered elsewhere (Ashley Friedlein has given the many deaths of Digital Marketing his treatment on the econsultancy blog).

The key argument of digital's death appears to be that digital is not a separate function anymore because it's everywhere anyway - and that what holds it all together, is branding.

Nice in theory! But let's look at what goes on IRL (in Real Life). Here, digital is nowhere near dead! (though I agree - and have previously explained - why Brand Identity is the key to digital success).

That aside, here are my 3 top reasons why digital is not dead.

The way in which Marketing is taught is about 5 years behind. Books and articles use terms such as  web 2.0 which I haven't heard in ages, especially not in the industry!

Here's some news: You should have stopped using the term web 2.0 in around 2010 (thanks, Google Trends.

Reminds me of the Information Superhighway (which, I'm sure you agree, we all laugh at now 😛 ). 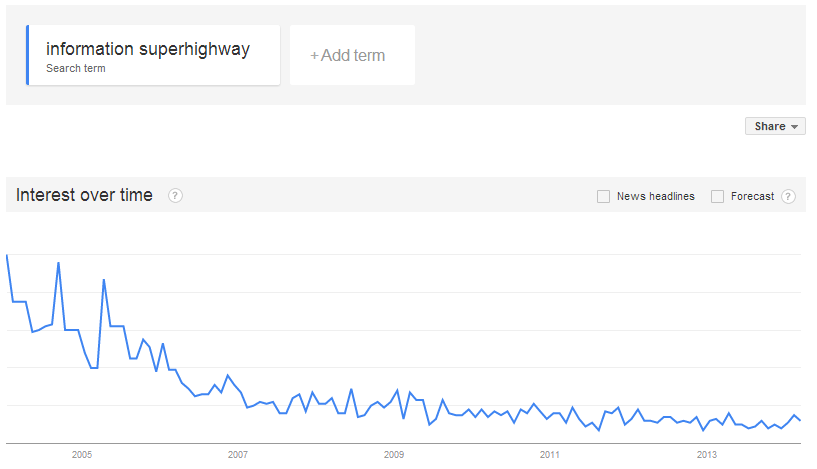 And how about virtual reality? 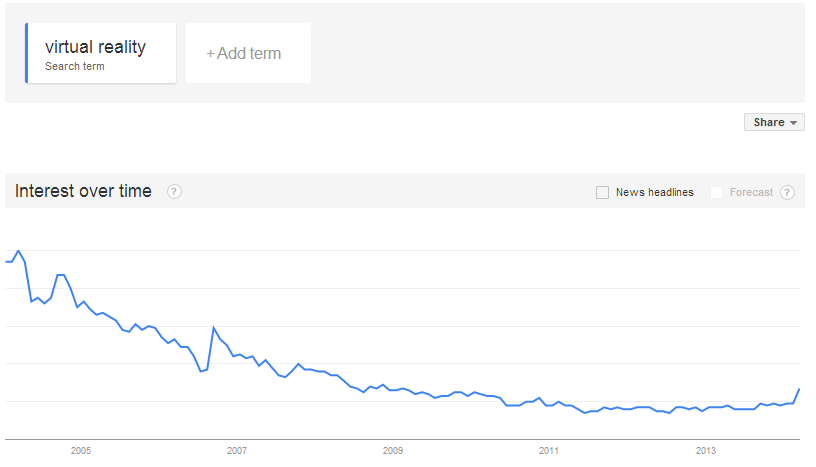 The reason why these terms have fallen out of use is that 'it' is no longer it - or 'the Other'. Digital isn't something separate, 'out there', that can be taught theoretically. You have to be in it to teach it - and students have to learn by doing.

Instead of dry old Marketing theory, we need to make sure they understand the difference between medium and source in Google Analytics, deep dive into Penguin, Panda, and Hummingbird, and show them how to use psychology on the web to convert to action.

A lot of people's minds are still stuck in the pre-digital age. By that I don't mean that they're old (nothing to do with age) - but they don't have the mindset required (agile, real-time, two-way, Move Fast and Break Things attitude). So, you'll still get Marketers who use digital as a broadcast channel (for their boring campaigns), instead of as an inbound channel.

Yes, you CAN use it for acquisition (that's what AdWords are for!), but apart from that think of it as good branding and inbound channel. And if you've got the money, like Procter and Gamble's global brand building officer, then yes, do use TV by all means (though I'm unlikely to see your ad there).

Much of it comes down to education (~ reason 1). And the added problem is that some people are simply unwilling to learn, to be open. Or it may be - and let's not underestimate this factor - that hierarchies outwith their control dictate to do Marketing in a certain way - the way it's always been done. The way it must be right.

Reason 3: The Future is Digital

Like it or not - your future customer will be on multiple digital interconnected devices. Yes, s/he will also be walking around town and interact with the real world, but s/he will be digital (and mobile) first.

And have I mentioned? There is a significant digital skills shortage predicted for the near future - the US alone will lack 1.5 million digital managers and analysts by 2018.

Instead of proclaiming that digital is dead, then, why not adopt a digital first approach within a wider philosophy of modern marketing?

As long as there are still businesses who do not have the skills required in the digital age -  and, let's face it, this affects SMEs disproportionally higher than large brands with tons of money - there will continue to be a dire need for practical digital skills, and knowledge, for the foreseeable future.