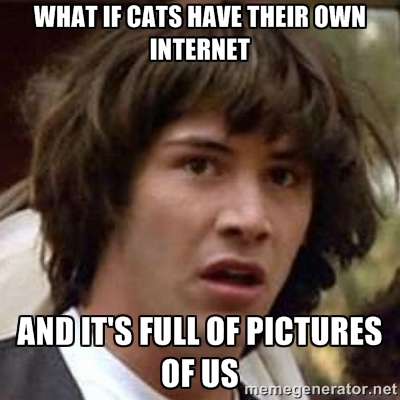 Today's is a random post about the internet, cats, and linkbuilding. Or rather, link earning, and how cats can help you achieve digital marketing success! It shouldn't be surprising, really, seeing how the Internet is made of cats, and cats rule the Internet.

I've no idea if the new cat cafe in London, Lady Dinah's Cat Emporium, that's opened recently is even half aware of how awesome a digital PR job they're doing after such a short period of time.

You see, they've managed to achieve a huge amount of coverage on traditional news sites (the BBC, Time, The Guardian, The Independent etc.), while attracting links from social news sites / communities such as Buzzfeed, Reddit, and Wired.

Before taking a look at some of their success, here's a typical piece of content they've created. This is a video where they're announcing their opening date (the opening date was 2 months ago today - 1st March).

I think you'll agree that it's just so... cute and shareworthy, like all things involving cats. And a story about cats, with a unique and new angle, is an easy sell on the internet.

While I'm not sure if theirs was an extensively thought out, strategically planned digital PR and content marketing campaign, it's clearly worked - the waiting list on opening was 2 months!

Let's have a quick look at what they achieved in just over a year:

Plenty of coverage on all the major news sites - many have linked directly to their website (the BBC, Time, The Guardian), providing good linkjuice,  while others (notably the Daily Mail and The Telegraph) have not linked to the site but embedded videos and / or plenty of pictures [edit, I've just noticed that the Daily FAIL has linked to it from a previous post, but the link is nofollow]. 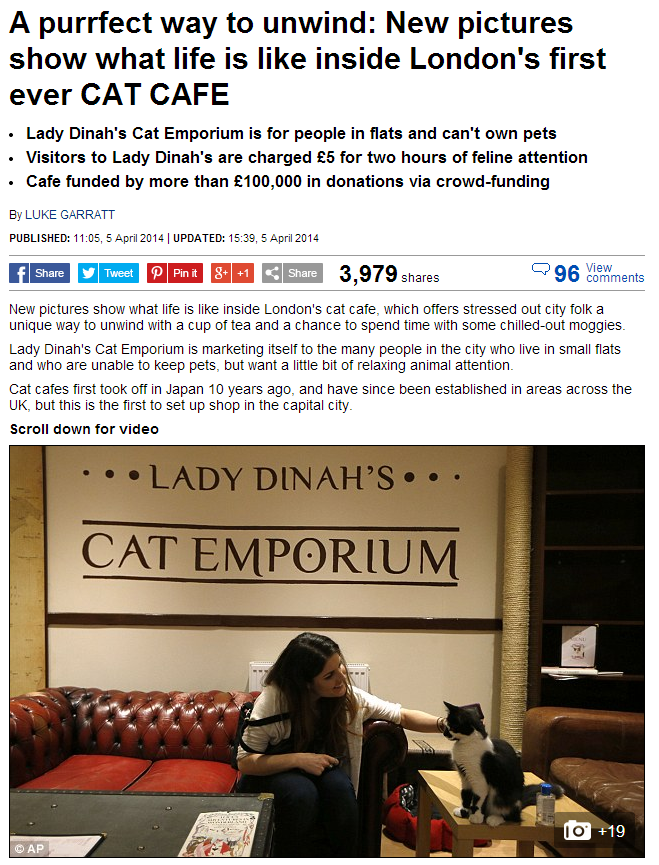 For digital PR, link or no link isn't the main priority - you wouldn't want to force a journo to include a link (and it appears that some news sites, such as the Daily Mail, are nofollow anyway).

Achieving positive coverage and reaching a broad, mainstreamish audience here is the main objective, and any SEO benefits a bonus.

Coverage on these sites is at least as important as the major news sites above. This is more the living, breathing internet, and if you hit these sites your story has a good chance of being spread through social and be shared, increasing its chance of 'going viral'. There is a recent cat cafe thread on Reddit, from where it's been linked to. Other recent links are from Wired and  Buzzfeed, and if you google it you'll find plenty of other coverage all the way back to last year (including Huffington Post, ABC news, and more).

I've had a quick look at Moz' excellent Open Site Explorer, to check out the site's backlink profile.

Here's a screenshot of their profile - a decent domain authority, given that it's a new-ish site.

I also wanted to know which pages attract the highest no. of links, and again it's great to see that what's presumably the site's key conversion page - Booking - has 183 inbound links pointing to it! I would LOVE to see the Cat Cafe's Analytics data! Lots of fun to be had for sure. 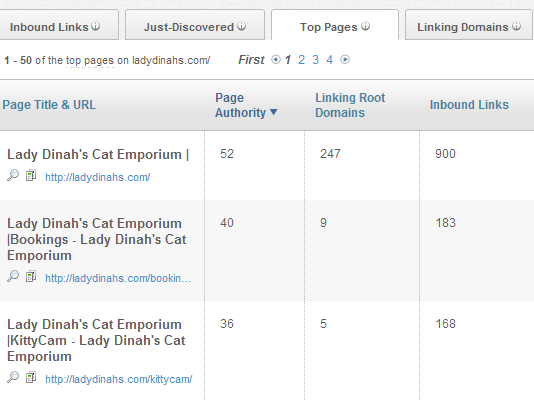 Finally, for comparison, here are the London Cat Cafe's page metrics compared to that of its only UK competitor - a cat cafe in Totnes (the one in Totnes apparently was the UK's first Cat Cafe). 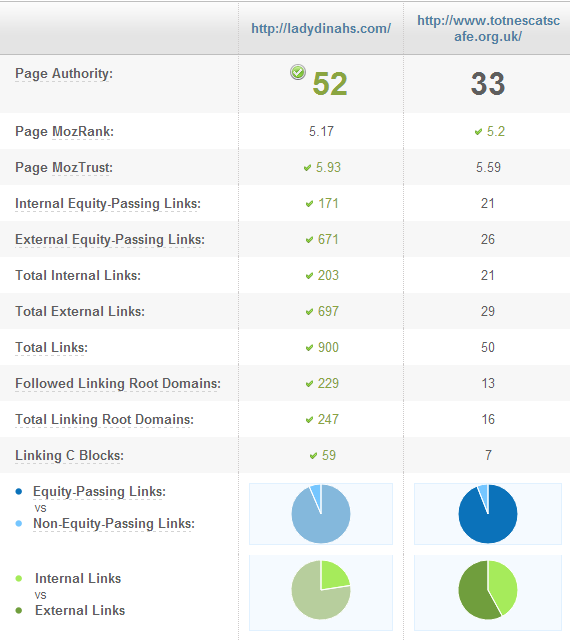 I haven't investigated the Totnes one in detail, but to be honest I wasn't even aware that it existed, despite my love for cats, and only read about it  by chance in a discussion talking about the London one. Looking at their metrics, that's perhaps not surprising.

(And by the way - I found out about the Cat Cafe via the BBC news, not through 'social media'. Hence the importance of hitting main news sites and of a good understanding of PR for marketing success in the digital age).

I think Lady Dinah's Cat Cafe would make an excellent digital marketing case study. I haven't even touched on their excellent usage of social channels (I like them on Facebook and hey, I'm someone who doesn't Like pages on Facebook!), or analysed their owned media (website) in depth [from what I can see, they use the Yoast WordPress SEO plugin, and do have the basics covered such as Google Analytics  [the Totnes Cat Cafe, on the other hand, doesn't even have a meta description..].

Now all I have to do is go and visit, and visit soon, though I may well have to plan months in advance... alternatively, there's always the option of opening a franchise in Scotland 😀