Social networks in Germany used to be, in the olden days, ruled by homegrown German companies. When I first started working in Consumer Marketing responsible for Northern Europe (including Germany), it was important to consider the local differences in social media use.

Facebook, in 2008, simply wasn't leading the social networks in Germany, and therefore not too important. Instead, you had the Facebook-like studiVZ, meinVZ, and later hot new startup WKW (Wer-Kennt-Wen), a social network founded by Patrick Ohler and Fabian Jager in Koblenz - 45 minutes from where I grew up 🙂

And now, 5 years later (w00t!), WKW is closing its doors for good. Yes, the German social network that at its height attracted up to 187m visits / month, will self-destruct and all user data will be deleted, on the 1st June 2014.

Here are a couple of articles about this - though I'm afraid I couldn't find anything in English: 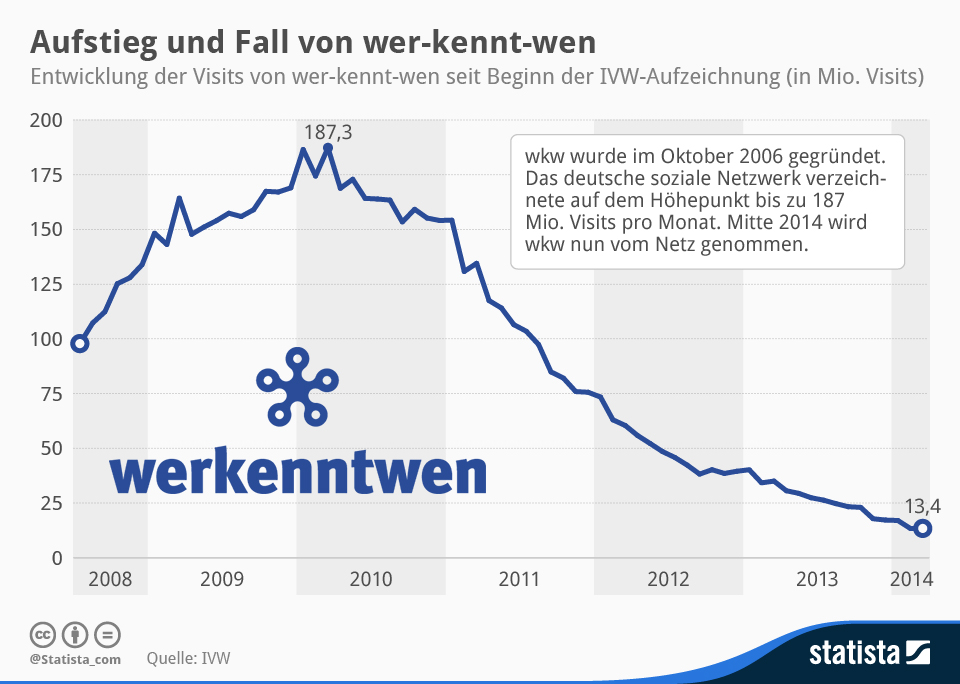 I've a small interest in Wer-Kennt-Wen and its demise for a couple of reasons (alongside the fact that it was a 'homegrown' startup, in terms of it was near where I grew up):

Neither of the above will make me miss it too much however. WKW had become pretty much unusable since an overhaul / relaunch last year, which took away the simplicity of the UX (= the appeal for my mother and other internet dinosaurs) and turned it into something too fancy and modern for its own good.

Below is my profile - I thought I include a screenshot here, before one of the most charming social networks in Germany bites the dust, and deletes me, cutting me free from my German roots. FOREVER!!! 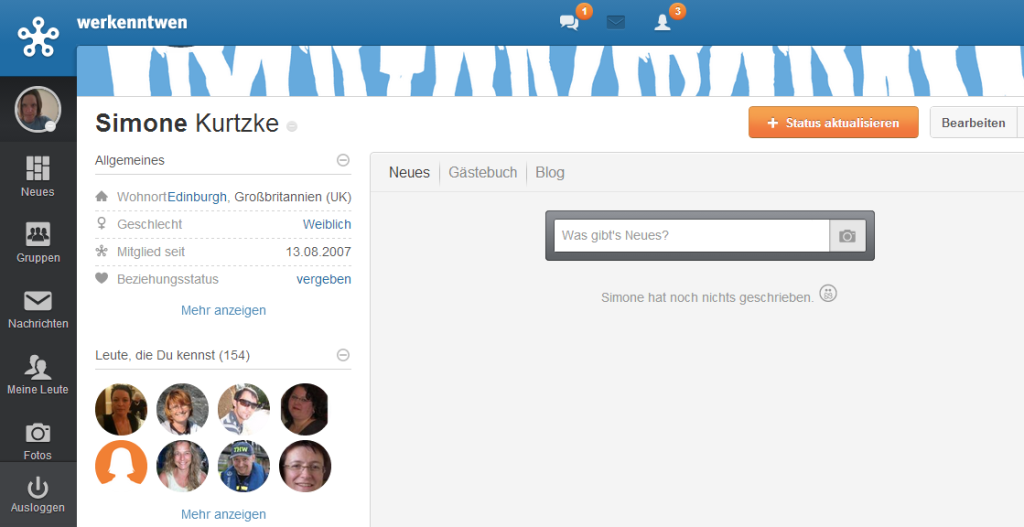