I am grateful for the supply of fresh Twitter fails in the last two weeks. It's been providing me with good live teaching material in digital marketing and PR! ACHTUNG! One image potentially NSFW, and only included for illustrative purposes. 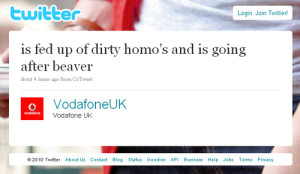 Up until now, I've used classic Twitter fails in my teaching, such as Vodafone's corker from back in 2010 pictured here. Other good examples include politicians (Greenwich Tourism boss Neil MCollum having to quit in 2011 after slating the area he was meant to promote, saying he'd make sure his 'wallet is not visible' during visit ).

A couple of new examples of Twitter use with potentially negative reputation have kindly been supplied by US Airways and the NYPD (New York Police Department) in the last two weeks.

The airline @ replied to a customer, attaching a pornographic image (see below) 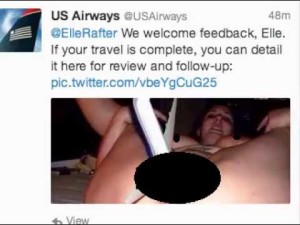 Fail Analysis: The Twitter fail here isn't necessarily that they accidentally tweeted the image (it was a simple mistake - someone had tweeted it @ them first, and US Airways then somehow managed to attach the image to a tweet to a customer...)

The Fail lies in the fact that they left it up for an hour, according to this BBC article, before realising their mistake!

What they should have done: They could have avoided this mishap by simply checking the front-end after their response, which is best practice anyway. Not just punt it out and then go for a cup of tea, thus allowing it to be retweeted and shared, and hit the online media and news sites.

I've including the image here even though it's somewhat obscene - as this is a stark example, and perhaps the best one yet, of how quickly you can become a global news story - for all the wrong reasons.

See also: US politician Anthony Weiner tweeting an image of his erection to a woman (2011)

What?  NYPD asking users to tweet positive police photos under a campaign hashtag 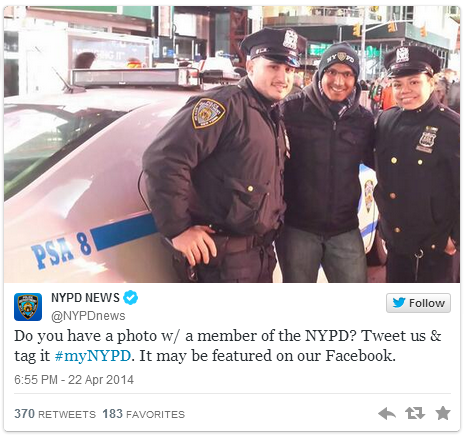 Here are just two of the responses posted: 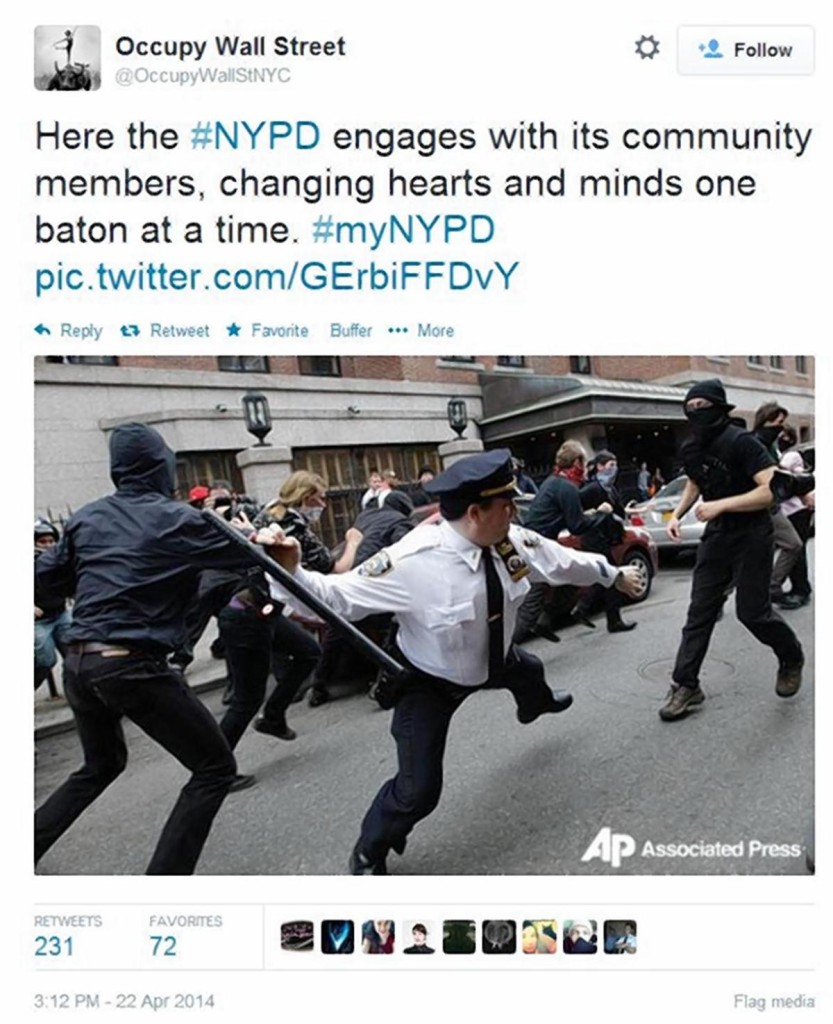 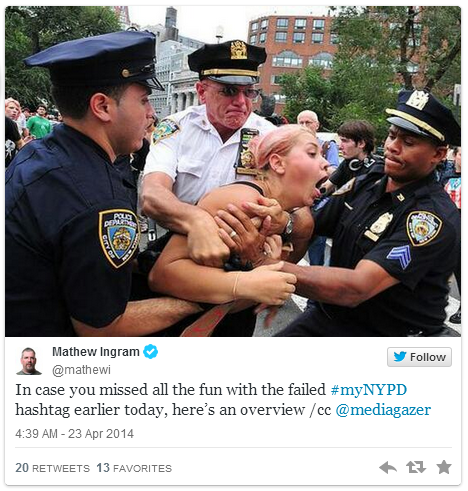 Fail Analysis: They should have been aware of the culture of hijacking #hashtags, especially as this is fairly common and has happened to numerous brands (most recently, British Gas' #askBG last October).

What they should have done: You can never completely control hashtag hijacking - but if you do want to run a social media campaign around a hashtag, there are better ways. E.g. you could display the Twitter stream on your website, filtering out any inappropriate content (through automatic or manual moderation), and promote the landing page as your live campaign site.

The danger and reputational risk of Twitter isn't necessarily the platform and the size of its audience - Twitter still doesn't have mass appeal, and it probably never will have (sorry, Twitter!).

The danger is pick-up by mainstream media, online news sites and blogs, and the resulting mass coverage and amplification to mainstream audiences. Most of these fails were widely reported on global news and media sites, including the BBC. The BBC sites reported global traffic of 64 million unique visitors in January 2013. That's 64m potential eyeballs on a story like that! 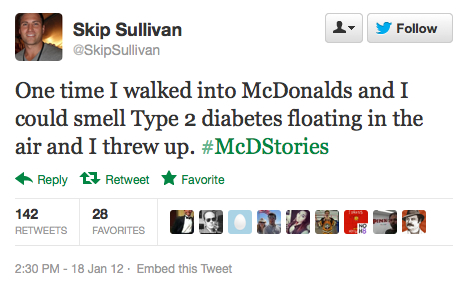