Following yet another David Cameron Twitter gaffe (involving following high-class escorts), I thought it a good idea to curate the 5 best Twitter gaffes by politicians in the UK. These guys do after all continue to bring light-hearted entertainment to a global audience 🙂

On a more serious note - the reputational perils of Twitter don't necessarily lie in the medium of Twitter itself. It's the potential for pick-up and amplification through traditional media that can bring it to a large, global audience and thus a potential PR disaster.  But I'll stop here, and will let the tweets and images do the talking...

David Cameron's Twitter gaffe of today (20th November) is the news that inspired this blog post. The story is being picked up by a number of influential media as I'm writing this, including the Huffington Post, Buzzfeed, the LA Times, etc., and more to follow for sure!

Tip for David's PR /social team - you should NOT have used autofollow software in the first place. 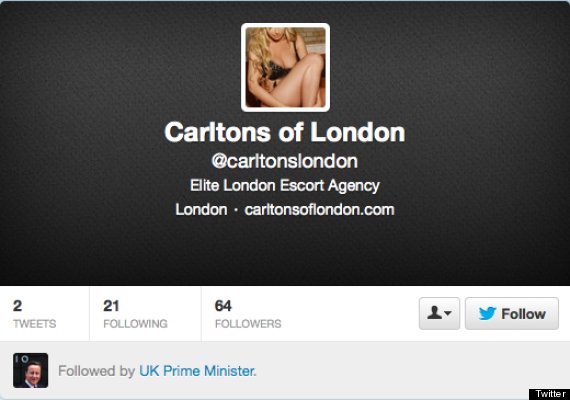 Go figure. Did David's PR / Social media team not deem it necessary to check whether @IDS_MP was the real IDS? This is 2013 guys! Full article here. 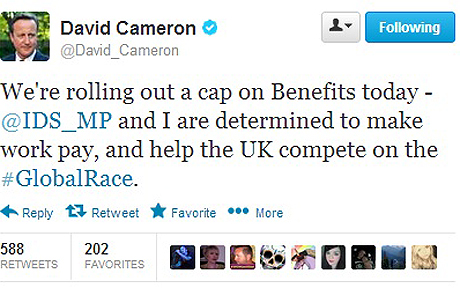 Here's a tweet by the supposed Iain Duncan Smith - I'm sure David and his team could have quickly figured out that this is a spoof...

No. It's BLOCKBUSTERS, Ed, not BLACKBUSTERS. Sounds SO wrong.. Admittedly it was probably a typo and the tweet was quickly deleted. However, unfortunately for Ed, once someone's taken a screenshot, it exists forever. Full story here. 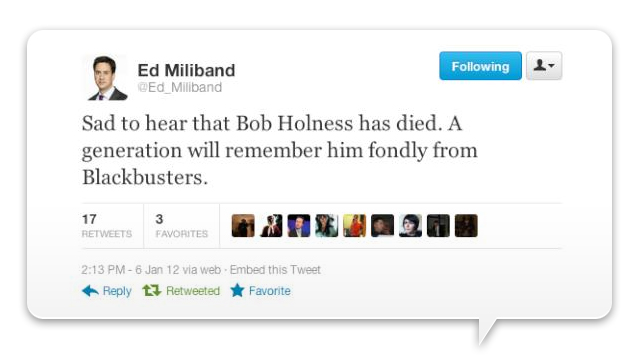 Yes, in 2011 Ed Balls tweeted his own name 😀 - he confused the tweet window (where you write a new message) with the search box, and hit enter by mistake. This is probably my favourite Twitter gaffe, as it's harmless and somewhat charming! The people seem to love it too - Ed Balls has turned into a meme as a result. 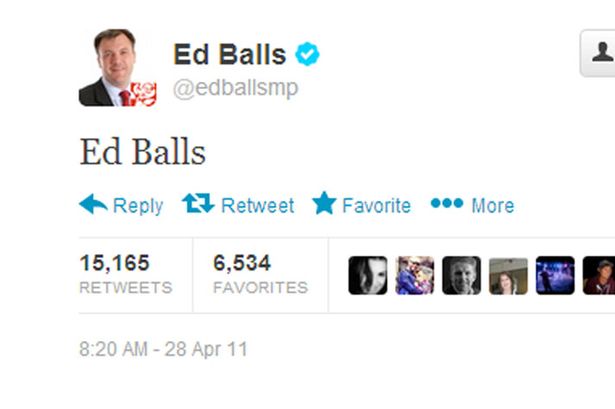 Seeing that I live and work in Scotland, I want to include a Twitter gaffe that caused a bit of a media storm in Scotland. In 2011, SNP MSP Marco Biagi tweeted somewhat light-heartedly about his work, and the Scottish media didn't take too kindly to it. I think Mario has learned since then that the world and the media are watching, and waiting for people in the public eye to trip up.

In conclusion, I'm not sure whether politicians' Twitter gaffes cause lasting reputational damage - though I'd recommend to David Cameron to take a closer look at his PR / social team and make sure they know what they're doing.

After all, he's been in the news for some Twitter gaffe or other quite a few times over the last year, and by virtue of this repetition, it's more likely to stay in the minds of voters!