One of my International Marketing Management students, Lex van Lynden, is running the Edinburgh Marathon this year for charity. He's a complete marathon beginner and had asked me for help with creating awareness of his run and raising money for charity using digital and social media.

Why run a Marathon for charity?

When we met up to talk through ideas, I wanted to find out more about his motivations. He is raising money for  Amnesty International - a charity that I myself have supported for a very long time. Lex' main reasons are:

I am passionate about Amnesty because they are helping people around the world and I am raising money for a charity that I believe in. Amnesty International and its 7 million members and supporters help to prevent and end grave abuses of human rights, and to demand justice for those whose rights have been violated.

In the initial brainstorming, I thought of ideas to connect a marathon run to the Cause. For example, when I think of AI I typically think of torture, or humiliation; in particular, the sickening images of Guatanamo bay come to mind.

I thought one way to bring those two together might be for Lex to humiliate himself and document his humiliation for all the world to see (i.e. through social media). For example, he could promise to run the marathon sporting an 'Benjamin Button style' old man haircut, and upload pictures of himself to social (as well as encouraging others to do so). As a result, a bank of 'humiliating' images of him would live on the internet forever!

The point was: the message of AI needs to be communicated in a simple, easy to understand way. Everyone knows who Amnesty are but I suspect it's mostly a general, fuzzy awareness. The best way to tell their story is to address a very specific issue.

Picking a campaign cause

I invited Lex to present his mission to students of my MSc Digital Marketing, who are currently working as PR agency DX on a live Digital PR campaign (find out more about them on The Digital Scot).

After briefing the agency with Lex' campaign objectives (key goal: raise £450 by his Marathon run, 31/05/15), and giving a few deliverables, they worked on it in a morning sprint presenting their response at lunch time.

The student agency's big idea was to raise awareness of AI and the cause through: 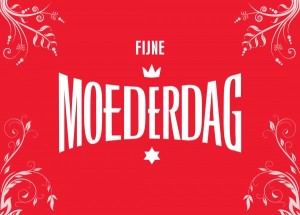 There were some other strong ideas, including a slogan ('Cheques for Lex', or something along those lines 🙂 ) and a weekly 'PayDay' including call to action, allowing Lex to solicit weekly payments perhaps in return for updates on his progress / photos / other goodies.

Lex (and I) were very impressed with the students' proposal, and he used some of their suggestions to help with his marathon charity run. For instance, he modified his JustGiving page to tell a specific story, and has 'branded' his page and social accounts with the same image - a great photo showing his recent is Edinburgh half marathon success!

Let me finish this post with a CTA (Call to Action):

I want you all to sponsor Lex' marathon run - especially if you're Dutch (support a fellow countryman!), or a mother (ask your sons / daughters to donate to Lex instead of buying a mothers' day gift this year. You'll give other children a greater chance of having a mother).

To end with Lex' words:

...South Africa...is one of the worst places in the world to become a mother. They need to face issues such as lack of vital healthcare, overstretched nurses, ambulance shortages and general lack of support. Because of all that, many don’t survive.

With Mother’s day coming up, it is important to think about our own experiences and try to imagine how difficult it is to be a mother elsewhere in the world.

Donate to Lex today - and help end human rights abuse in the world.